Hello everyone! Welcome to my Corner!

I’ve finally made it to everyone’s favorite book: The Hobbit. It was such a strange feeling, switching from the intense terminology of Unfinished Tales to the simpler language in The Hobbit. One thing I noticed is that hobbits are the only creatures with first and last names, like we have! Tolkien probably meant it that way.

The section I read before starting The Hobbit was about Thorin and the other dwarves before they went to get Bilbo. It turns out that Azog (the orc antagonist in the “Hobbit” movies) killed Thrór, Thorin’s grandfather, but the orc was killed by Dáin, Thrór’s great-nephew. So he wasn’t supposed to be in the events of The Hobbit at all! You can’t trust Warner Brothers to get anything right.

Actually, a quick side story on that; Peter Jackson was only hired to direct the “Hobbit” films at the last minute, after he finished the “Lord of the Rings” movies. He had to really redo a lot of what the previous director had done, but he couldn’t fix everything. That’s probably why the “Hobbit” movies aren’t as accurate to Tolkien’s original.

Here’s the encyclopedia (we’re closing in on fifteen thousand words), and the genealogy (we now have the dwarves in brown). 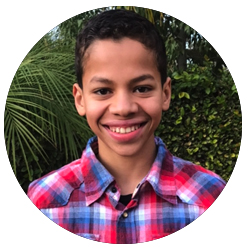